For the better part of the last 30 years, the mass scale hack problem hasn’t been solved. Even entities with almost unlimited cybersec budgets like large companies & governments get hacked. It seems that stacking products and people doesn’t quite make the cut. So maybe it’s time to propose another path: free, collaborative security empowered by the power of the crowd. By leveraging a huge interception network, IPs used by malevolent actors can quickly be spotted and blocked before they even attack you.

We have produced a free (as in speech), open source tool that does just that by extracting unwanted behavior from logs, blocking the attacks, and sharing their metadata with all other users (after curation).

We see this as a form of Internet Neighborhood Watch system that should allow us to establish a Digital Herd Immunity - made by the community and for the community. 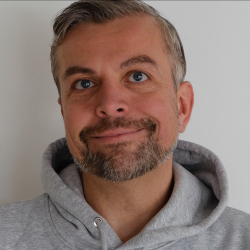 Klaus Agnoletti started in infosec in 2004. As a long time active member of the infosec community in Copenhagen, Denmark he co-founded BSides København in 2019.

Currently a community manager in CrowdSec one of his current roles is to spread the word. ShellCon is a great place for that!