How Hollywood Got Hacked

Since the 2014 Sony Pictures hack, studios and post production houses all over Hollywood have been the target of attacks. In 2017, a hacker targeted and successfully compromised Larson Studios, a family-owned post-production house, exfiltrating “Orange is the New Black” Season 5. The attacker demanded ransom to keep the content from being uploaded to The Pirate Bay.

This talk will give a behind the scenes view of the film making process from a content security and blue team defensive perspective. Learn the digital workflow that goes into making the blockbuster films you love and where the industry is vulnerable to attack. Hear campfire stories from one of 30 MPAA Certified Trusted Partner Network Assessors worldwide. 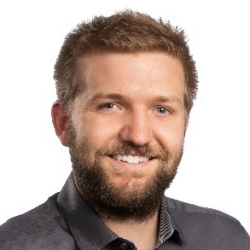 Michael Wylie, MBA, CISSP is the Director of Cybersecurity Services at Richey May Technology Solutions. In his role, Michael is responsible for delivering information assurance by means of vulnerability assessments,... Read More