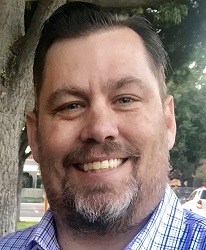 Christopher Elliot is the Director, Corporate Security and Security Operations for SoFi. His “Forrest Gump-like” career has led him to spending 23 years in the Army, in prestigious units like 1st Special Forces Operational Detachment- Delta, NATO and the NSA. His time in Army also kept him in Iraq and Afghanistan for 46 months. His military career started with teletypes and ended with satellites. Since retiring he has worked in numerous roles progressing in title and responsibility in the Information Technology field. His roles post-retirement from the Army have seen him work as a Director of Infrastructure, Manager of Tools and Automation and Senior Manager of Security Operations. He has been lucky enough to be in the right place at the right time for many companies transitioning to new technology or new endeavors. He has spent a large portion of his career evangelizing Automation as a way to exponentially leverage the numerous tools a SOC has at its fingertips. Chris is an avid sports fan (Dodgers, Clippers and Buccaneers).